Can Allergies Be Caused by a Deviated Septum? 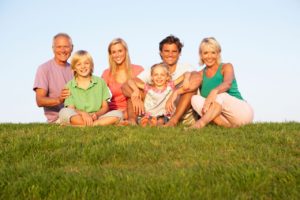 As pollen begins to fill the air in Birmingham, allergies can get hard to combat. Approximately 40 to 50 million Americans suffer from allergic rhinitis, more commonly referred to as hay fever. Allergic rhinitis can either be seasonal – in which symptoms last from early spring to late fall – or perennial, which cause year-round distress.

Symptoms of allergic rhinitis include:

Children or adults in Birmingham who have allergies, in addition to a deviated septum, may experience worsened symptoms. But can a displaced septum actually cause allergies?

What is a Deviated Septum? 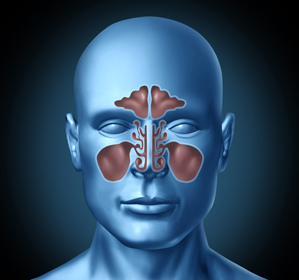 The nasal septum is a physical barrier composed of bone and cartilage that runs the length of the nose, separating it into two airways, otherwise known as nostrils. When the septum is straight, both nostrils are almost symmetrical in size and shape.

However, the American Academy of Otolaryngology estimates that more than 80 percent of the population has a crooked – or deviated – septum. This may occur as a result of a growth defect or may be caused by an injury, such as an impact to the nose or a fall.

When the septum deviates, it bends away from one nostril and into the other, obstructing the clear flow of air. Therefore, one nostril has more open space while the other has less. Many people who have a crooked septum exhibit no symptoms and are not even aware of the condition.

In others, however, the deviation can occur to such a degree that it is difficult to breathe through the side of the nose where the bend occurs. If your child has a deviated septum, he or she may complain of a “stuffed” feeling in the nose even when the nostrils are clear.

When only one airway is functioning normally as a result of a deviation of the septum, when allergies and their symptoms strike, they can cause an even greater degree of discomfort. While the crooked septum does not actually cause the allergy, its presence may exacerbate your child’s symptoms.

What Causes Allergies In Birmingham?

As far as we know, there is no internal physical condition that causes allergic rhinitis. Children and adults may have an overactive immune system that produces an inflammatory reaction to external triggers, such as:

How Can I Tell a Deviated Septum From Allergies?

The symptoms of a deviated septum in children and allergies can be quite similar and include:

A crooked septum, however, will not cause the following:

A deviated nasal septum is a physical condition that does not vary in its presentation. If your child has seasonal symptoms in Birmingham — while they may be complicated by a deviated septum – they are probably caused by underlying allergies.

Some signs that your child has a crooked nasal septum, with or without allergies, may include:

How Can I Cure or Manage My Child’s Allergies?

As of yet, our otolaryngology clinic can only manage, not cure allergies. You can help your child avoid or alleviate symptoms by:

When symptoms do occur, consulting a pediatric ear, nose, and throat specialist (ENT) can help determine which antihistamines or other medications can best control them. Depending on how complicated the case is, you may also be recommended to an allergist.

How Can I Cure or Manage My Child’s Deviated Septum in Birmingham?

A deviated septum is a physical condition. It cannot be eliminated through medication or therapies. At Pediatric ENT Associates, we can examine the degree of the deviation and devise a treatment plan to control the symptoms such as limited use of antihistamines and/or steroidal nasal sprays.

In the case of a profoundly deviated septum that is causing severe difficulties breathing or dramatically exacerbating allergic symptoms, your pediatrician may recommend your child for a surgical correction called a septoplasty.

Learn more about the septoplasty treatment at medlineplus.gov

Breathe Freely by Contacting a Pediatric ENT Specialist In Birmingham

If your child is prone to allergies and/or has a deviated septum, the first step is to contact the board-certified pediatricians at Pediatric ENT Associates for a consultation and evaluation.

You can reach us at our otolaryngology clinics in Birmingham, Alabama at 205-831-0101 or via email using this form.