Hemangiomas and vascular malformations are noncancerous birthmarks that affect children either from birth or within their first few months. Hemangiomas are the most common, usually appearing within the first few weeks after birth.

Hemangiomas are benign and usually disappear on their own by ages 5 to 7. Other vascular malformations are present at birth, although they may not be noticeable until later. Vascular lesions will continue to grow as your child ages.

The expert physicians at Pediatric ENT Associates, located in Birmingham, Alabama, are experts in all manner of vascular malformations and can advise you as to the best course of action to take with your child. There are treatments available that may help to reduce the appearance of vascular malformations, but these should be discussed thoroughly in order to weigh the pros and cons of various treatment options.

Hemangiomas are also known as strawberry marks due to their usual bright red color. Hemangiomas are not usually dangerous, and while they will grow during the first year, they recede and often completely disappear before your child reaches puberty. Depending on where the hemangioma is located, your pediatric ENT specialist may discuss treatments to reduce the appearance of the mark. If it is located on the face or another highly visible area, a laser treatment to reduce its appearance may be considered so that your child does not develop self-image issues, which typically occurs around age 3. Another time that treatment would be considered is if the hemangioma is interfering with your child’s vision or causing other problems.

Hemangiomas are most often not treated, as they are not symptomatic besides their appearance and will disappear on their own over the years. If treatment is needed, however, there are a few options. Medical treatment with propranolol, a blood pressure medication, has been shown to stop the growth of hemangiomas, as well as completely remove the hemangioma.  The medication is given on an outpatient basis and has shown tremendous results.  Laser treatments can also help reduce the appearance of a hemangioma but are usually used in addition to either propranolol treatment or surgical resection.

Call Our World Renowned Specialists
for Your Appointment Now.

Treatment of a vascular malformation will depend on factors such as where the malformation is located, how large it is, and how severe it is. If a vascular malformation interferes with your child’s vision or breathing or causes other types of problems, treatment will be considered. There are lasers available which are able to reduce the appearance of port-wine stains, and for venous or lymphatic malformations, sclerotherapy or surgical removal are options. Your physician at Pediatric ENT Associates, located in Birmingham, Alabama, will walk you through your child’s treatment options and explain carefully the benefits and drawbacks of each potential treatment plan.

For more information on treatment for vascular malformation, visit ncbi.nlm.nih.gov. 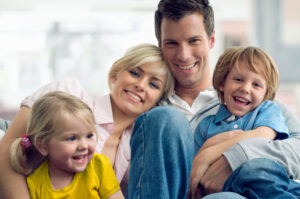 Dr. Brian Kulbersh is the director of the Vascular Anomalies Treatment Group, which is an interdisciplinary program at Children’s of Alabama aimed at managing children with congenital vascular lesions. This group works closely with parents and their children to create a management and treatment plan that takes into account the location and severity of the lesion as well as medical history and any potential future social problems.

Some lesions will involute on their own, and for years a wait-and-see approach was recommended before making any treatment decisions. However, laser technology has advanced to the point where it is safer than ever to treat children at a young age. Our recently acquired pulse dye laser can effectively reduce the appearance of vascular lesions without damaging surrounding tissue.

If you are interested in meeting with the Vascular Anomalies Treatment Group, here is their information:

If your child has a strawberry mark or other vascular malformation, contact Pediatric ENT Associates in Birmingham for an evaluation and possible treatment plan. You can make an appointment by calling us at (205) 315-5633 today. We look forward to providing your child with the best care possible.